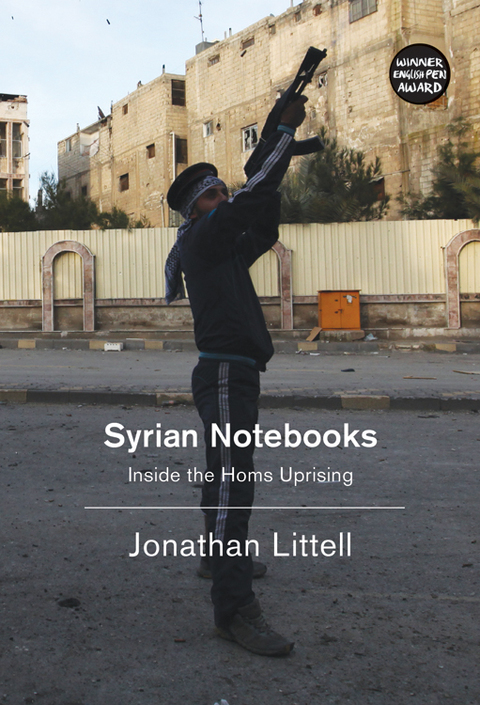 A blistering firsthand account of the conflict in Homs by the internationally acclaimed author of The Kindly Ones.

“We fight for our religion, for our women, for our land, and lastly to save our skin. As for them, they’re only fighting to save their skin.” In 2012, Jonathan Littell traveled to the heart of the Syrian uprising, smuggled in by the Free Syrian Army to the historic city of Homs. For three weeks, he watched as neighborhoods were bombed and innocent civilians murdered. His notes on what he saw on the ground speak directly of horrors that continue today in the ongoing civil war. Amid the chaos, Littell bears witness to the lives and the hopes of freedom fighters, of families caught within the conflict, as well as of the doctors who attempt to save both innocents and combatants who come under fire. As government forces encircle the city, Littell charts the first stirrings of the fundamentalist movement that would soon hijack the revolution. Littell’s notebooks were originally the raw material for the articles he wrote upon his return for the French daily Le Monde. Published nearly immediately afterward in France, Syrian Notebooks has come to form an incomparable close-up account of a war that still grips the Middle East—a classic of war reportage.